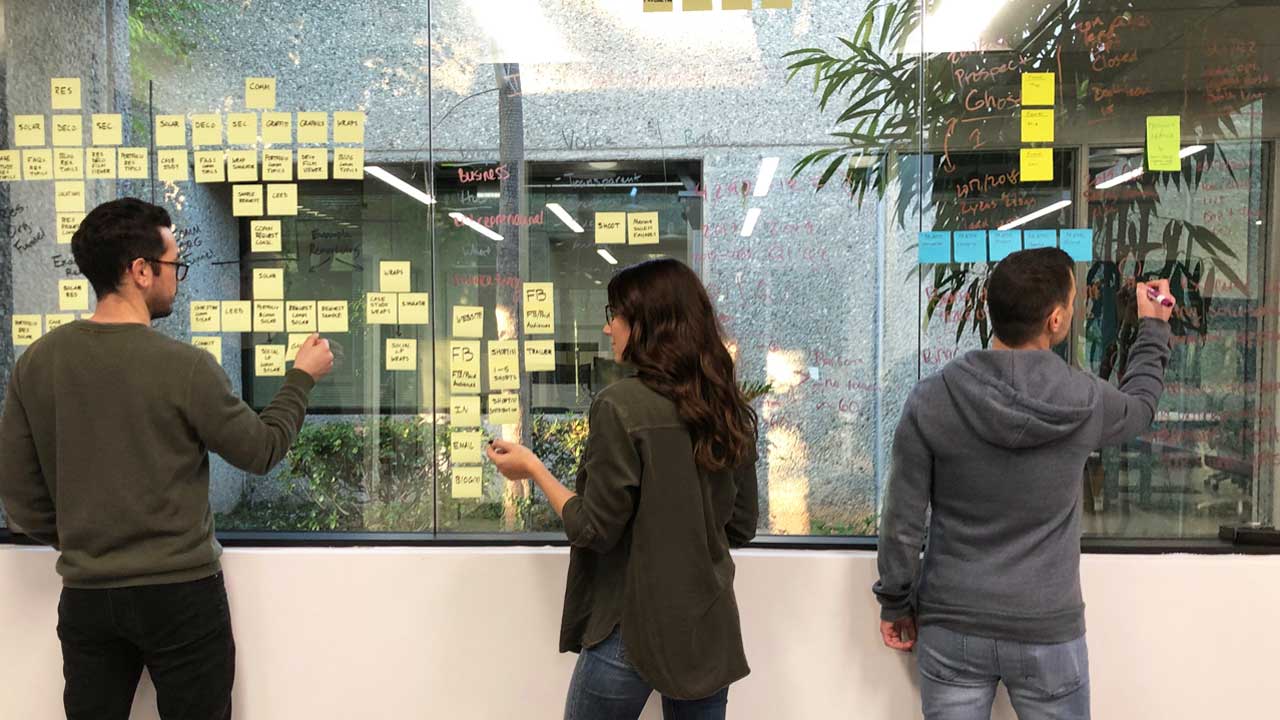 When people think of window film and its main purpose, the first thing that probably comes up is window film to help reduce heat and reduce glare, because that’s what it’s most known for. While it is true that Solar Art’s biggest and most popular requested service is a solar film to help with heat and glare issues, there are so many different window films available on the market than people realize, decorative window film and custom graphics in particular.

Since there are so many window films on the market that people don’t even know exist, we want to take this time to do a product spotlight on one of the coolest decorative window films on the market: dry erase film. Bet you’ve never heard of it, am I right? Dry erase film is a great way to increase productivity and efficiency for an affordable price and a hassle-free installation process. Keep on reading to learn more about dry erase film and how the Solar Art team uses it for a variety of different customers and settings!

What is dry erase film?

Dry erase film is exactly what it sounds like. A dry-erase material like you would see on a whiteboard, but instead of being on a board, it’s made into a window film. It has an adhesive side that is installed directly onto the glass or wall surface. You can use dry-erase markers to write on it just like your standard dry erase board. In terms of window film, dry erase film is part of the decorative window film branch and you have a variety of different options to choose from, which we will also take a deeper dive into in this blog!

What surfaces can dry erase film be installed to?

One of the biggest draws to dry erase window film is that there are options for both glass and walls, which isn’t the case with other window film services. Dry erase film gives you the flexibility to not only have different dry erase film options to choose from, but also different applications. You can make your space look and feel exactly how you want it to. A few of the most common surfaces Solar Art sees dry erase film installed to is glass and walls throughout both homes and offices.

What options do you have with dry erase film? 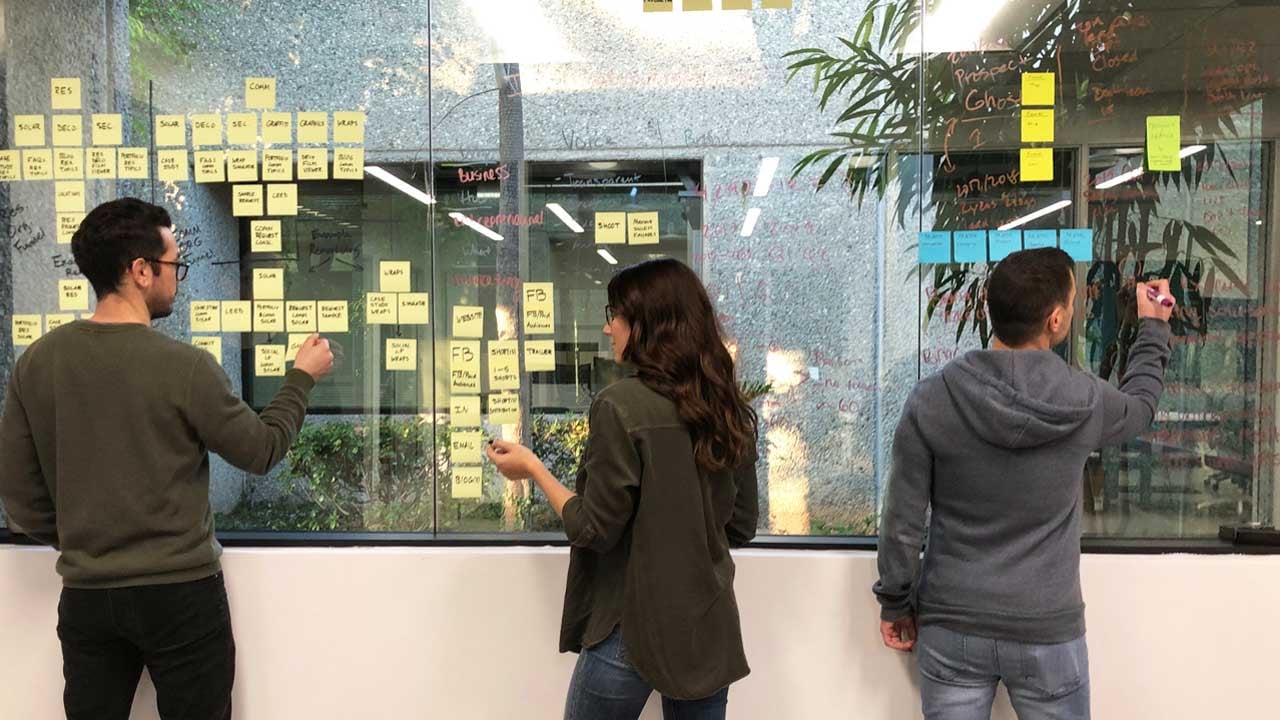 Chalkboard black dry erase film gives you that throwback feel with the chalkboard but creates a modern way to increase productivity and collaboration. This option is also perfect for conference rooms or private offices where there are frequent meetings.

The last dry erase film option we are going to talk about today is the grid option. This dry erase film looks like a grid board and is designed to be installed on glass surfaces. Grid dry erase film is great if you are working with numbers or need a neat and organized surface to work with. 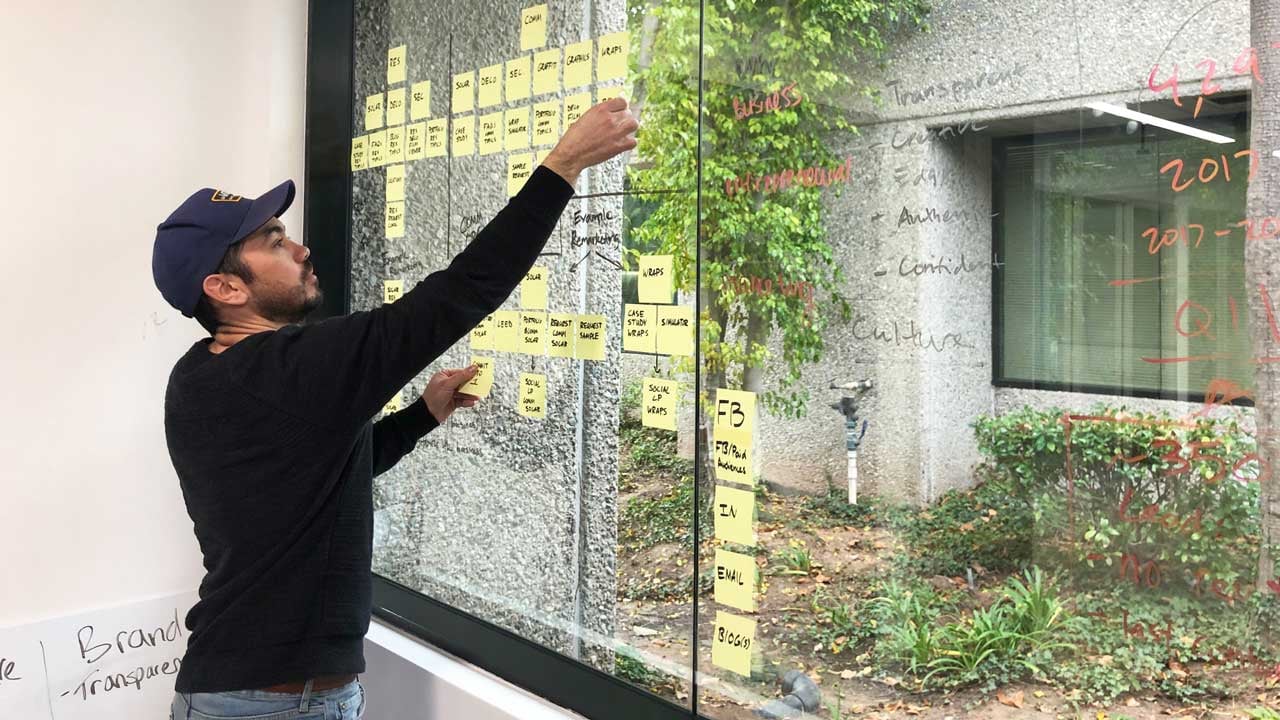 How many times have you been in your office and need a space to leave reminders and notes, or have an impromptu meeting where you need to talk through a topic? It happens all the time, which is why we see a lot of our customers install dry erase film to private office glass and walls. It’s a cost-effective office upgrade that increases productivity, not to mention it adds a custom design factor to offices. 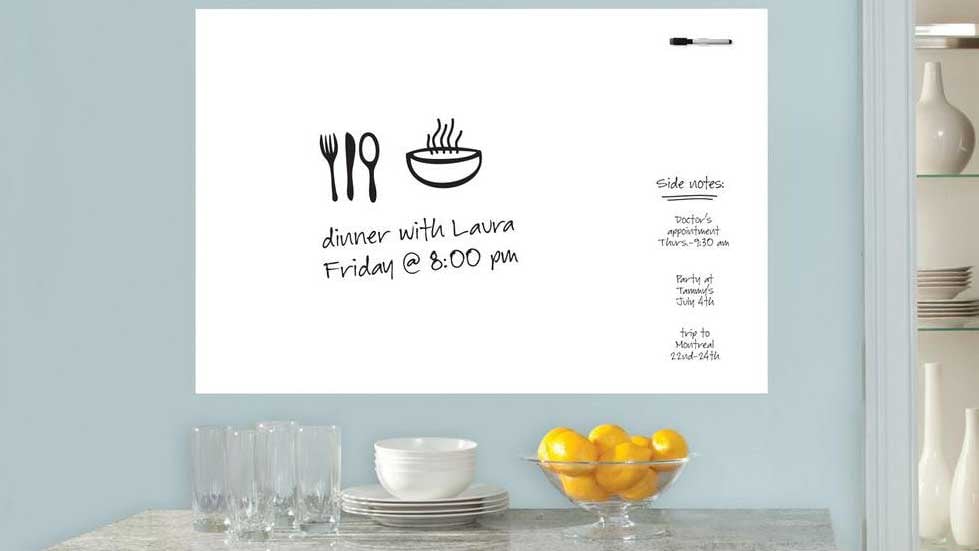 We have been talking a lot about how dry erase film is beneficial, but don’t forget about homes. Especially today where more people are working and going to school from home than ever, dry erase film for home offices and toy rooms can be a lifesaver. Typically, home offices aren’t conducive to getting work done because we don’t have a lot of the same tools and equipment that we do in our normal offices and classrooms. Installing dry erase film is a temporary design that isn’t going to ruin your home applications and encourages learning and working from home. Kids love it, adults love it, everyone loves it. It’s a win-win solution.

Solar Art Can Help You With Your Dry Erase Film Needs

Solar Art has installed dry erase film for customers that are in different industries and different walks of life. Dry erase film is such a versatile window film that a lot of people don’t know much about. If you are looking for a cost-effective way to increase productivity and collaboration or add a custom design tool to your office or home office space, give us a call today to learn more about your dry erase film options!