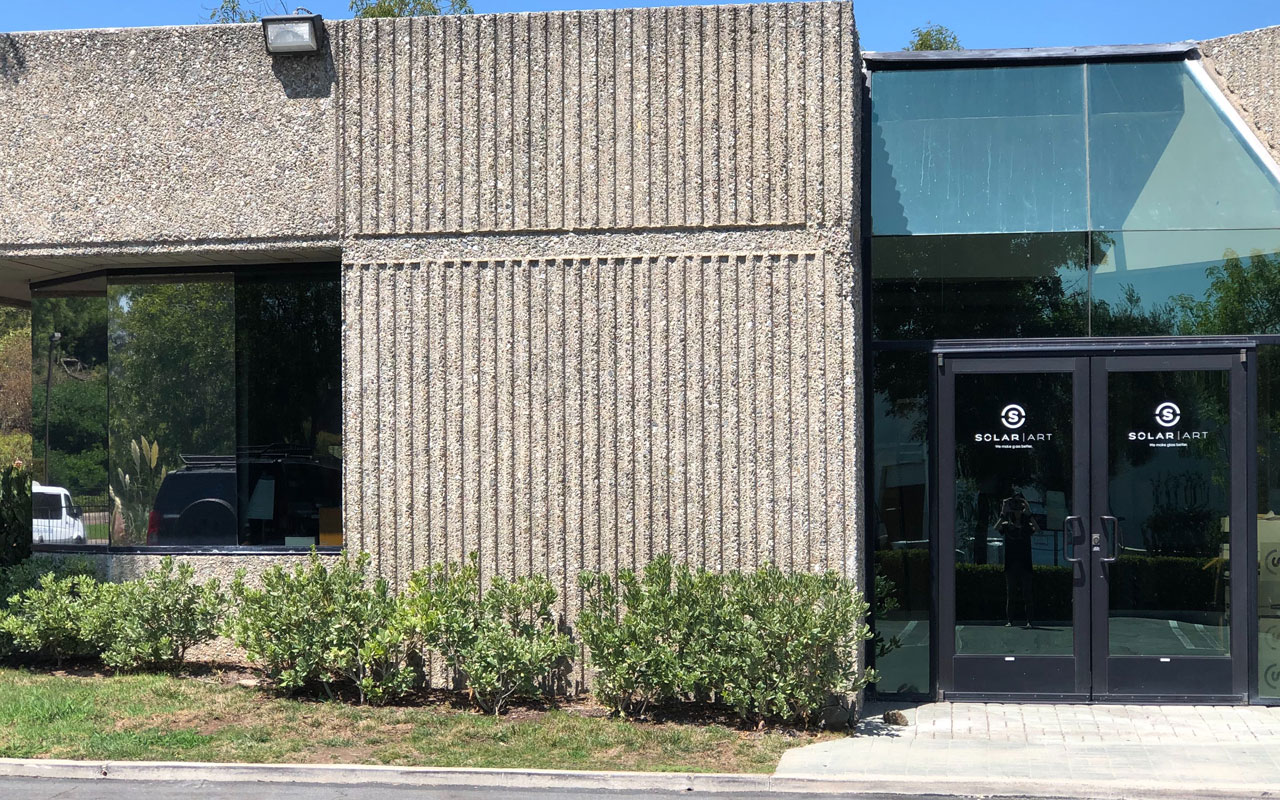 So we always talk about installations we have gone out and done and all of the different ways we serve our customers. I wanted to switch things up and talk about how we incorporate window film in our own office! Seeing as we are a window film company and are lucky to have such a great installation team, we try and utilize window film as much as we can because of all the different benefits they offer. Solar Art recently moved our corporate office at the beginning of this year and had a completely blank slate to work with, which was really cool. I wanted to share with you the different ways you can incorporate different windows films in an office setting. Read on to learn more 😊 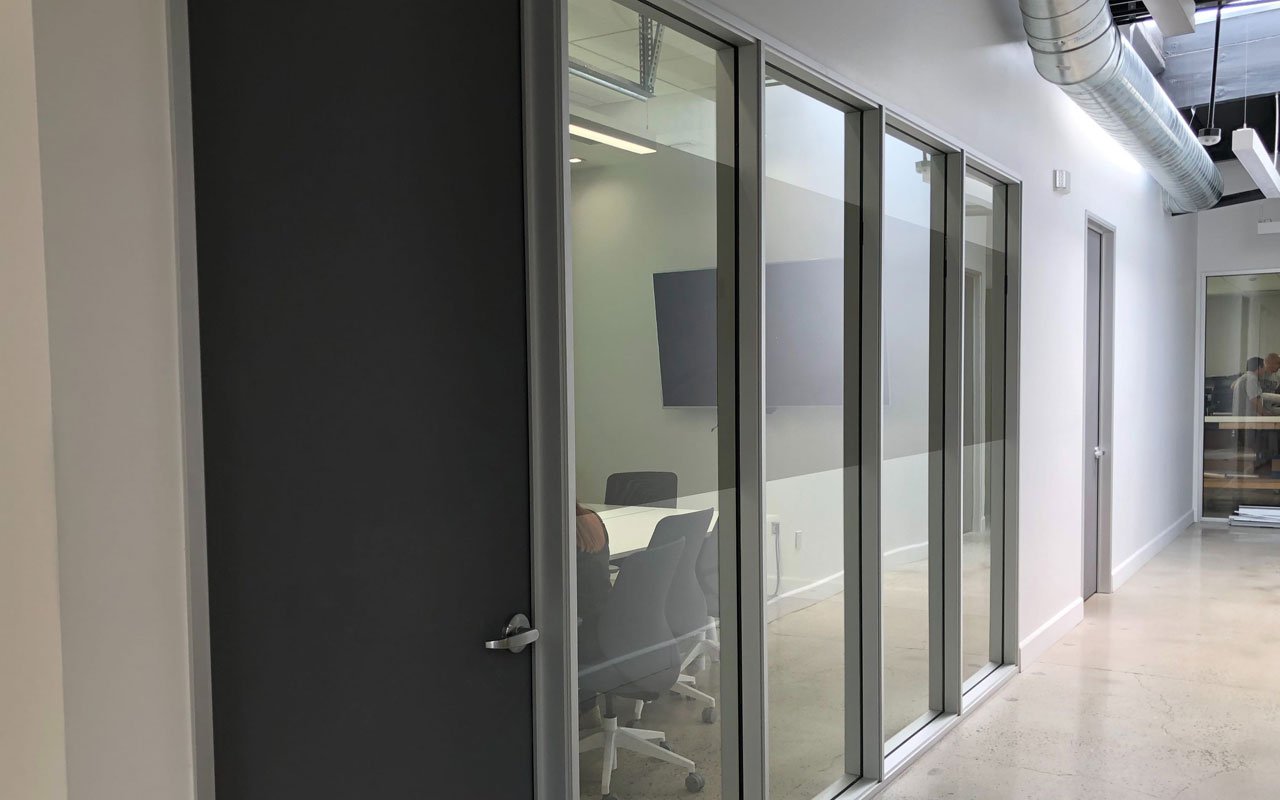 I don’t know if you keep up with our weekly blogs...but if you don’t than you should  😉Anyway, if you don’t keep up with them, last week we talked about lesser known windows films on the market. Casper Cloaking Film is one of those window films we talked about. If you want to read about Casper Cloaking Film in depth you can refer to last week’s blog, but for now I’m just going to cover it briefly and spend the majority of the time talking about how we incorporate it in our office. Casper Cloaking Film is a kind of decorative window film that obscures digital view. It will make it so people walking past a conference room or private office can’t see what is being displayed on a screen. Solar Art has Casper Cloaking Film installed on our conference room glass to increase privacy and confidentiality if an important meeting is being held. 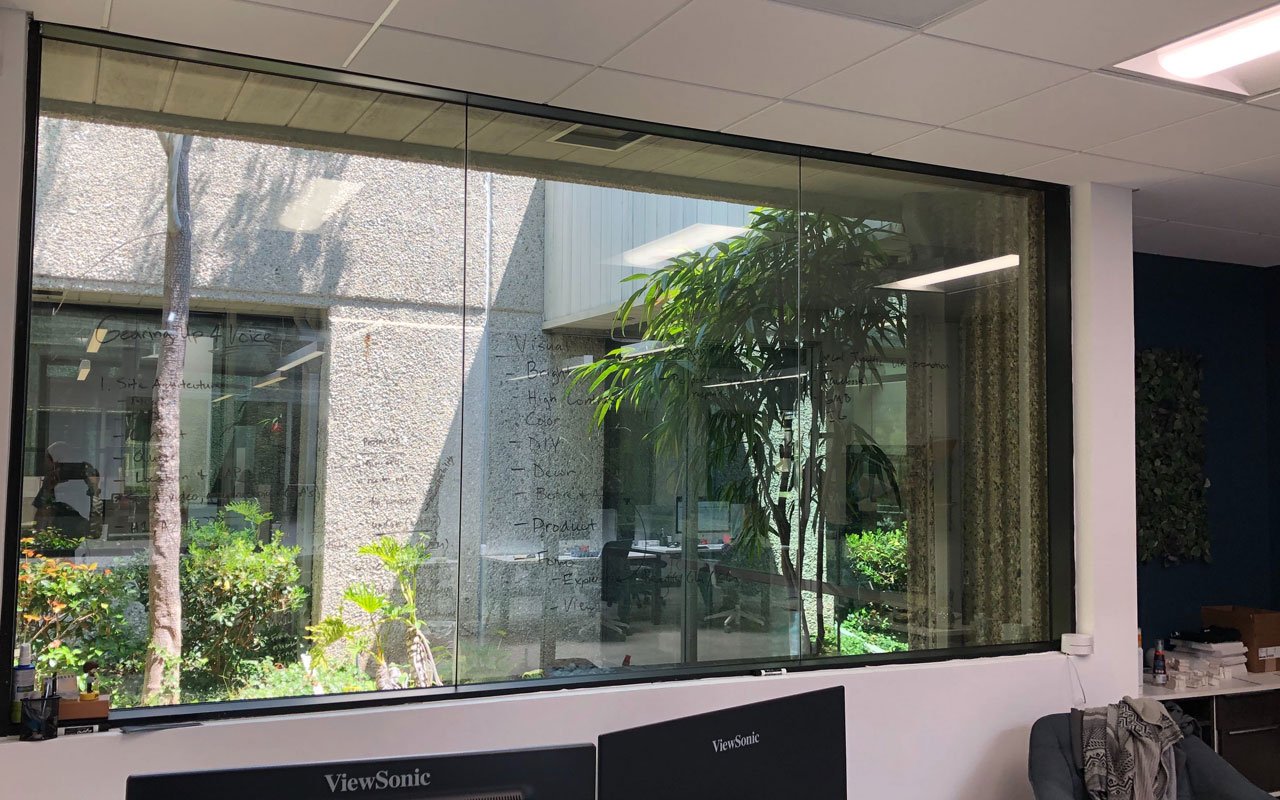 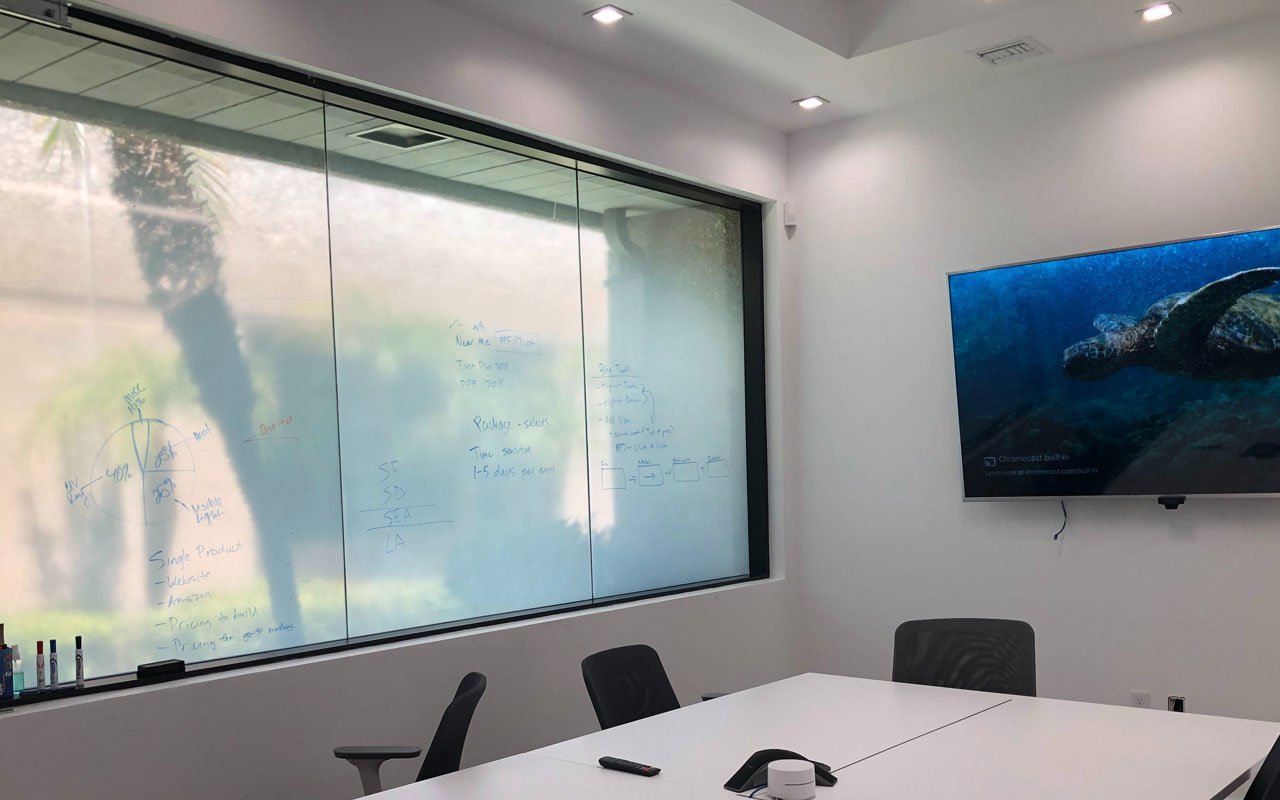 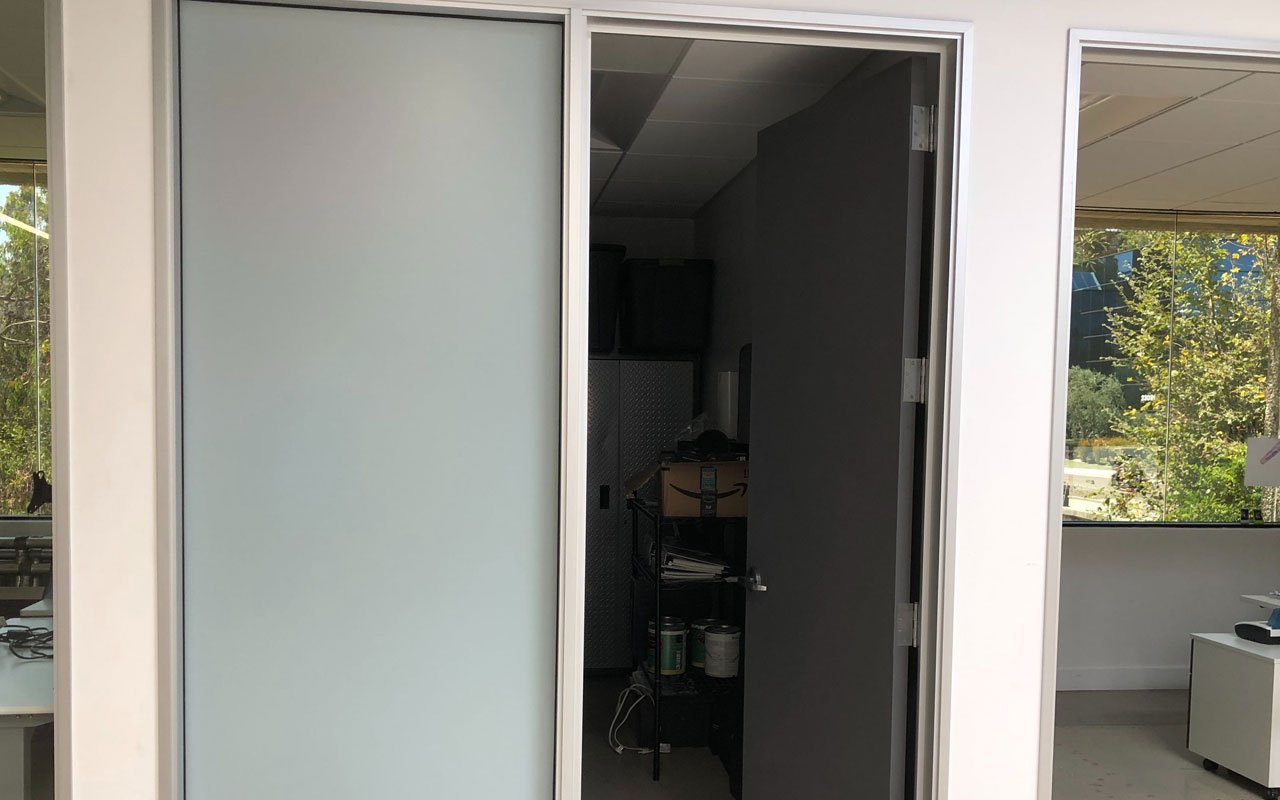 Frosted window film is another type of window film Solar Art utilizes in our office space. We have a storage closet in the middle of the office that we use to store office supplies, sample cards, holiday decorations and more. The storage closet has a window on the side of it that goes from the floor to the ceiling. Since the storage closet is used for storage and isn’t the most organized of rooms if you know what I’m saying...we didn’t want anyone being able to see in. We decided to have frosted window film installed on both the interior and the exterior of the glass to really increase privacy for that room. Employees and even customers who walk by that room can’t see what’s inside whatsoever if the door is shut. Frosted window film is a really affordable way to increase privacy in office settings.

Next we are going to talk about solar film. The way our building is layed out, is all of the private offices basically perimeter the entire building and the middle of the office is used as a collaborative space with laptop plug ins. The employees that come and go throughout the day like estimators and project managers can easily come and plug in while they are here and easily unplug when they have to leave and go on site. When we first moved in we realized that the private offices that are on one side of the office get really hot throughout the day. They are in direct sun practically the entire day and get unbearably hot. The afternoons are especially uncomfortable and it gets difficult to see computer screens because of the glare. 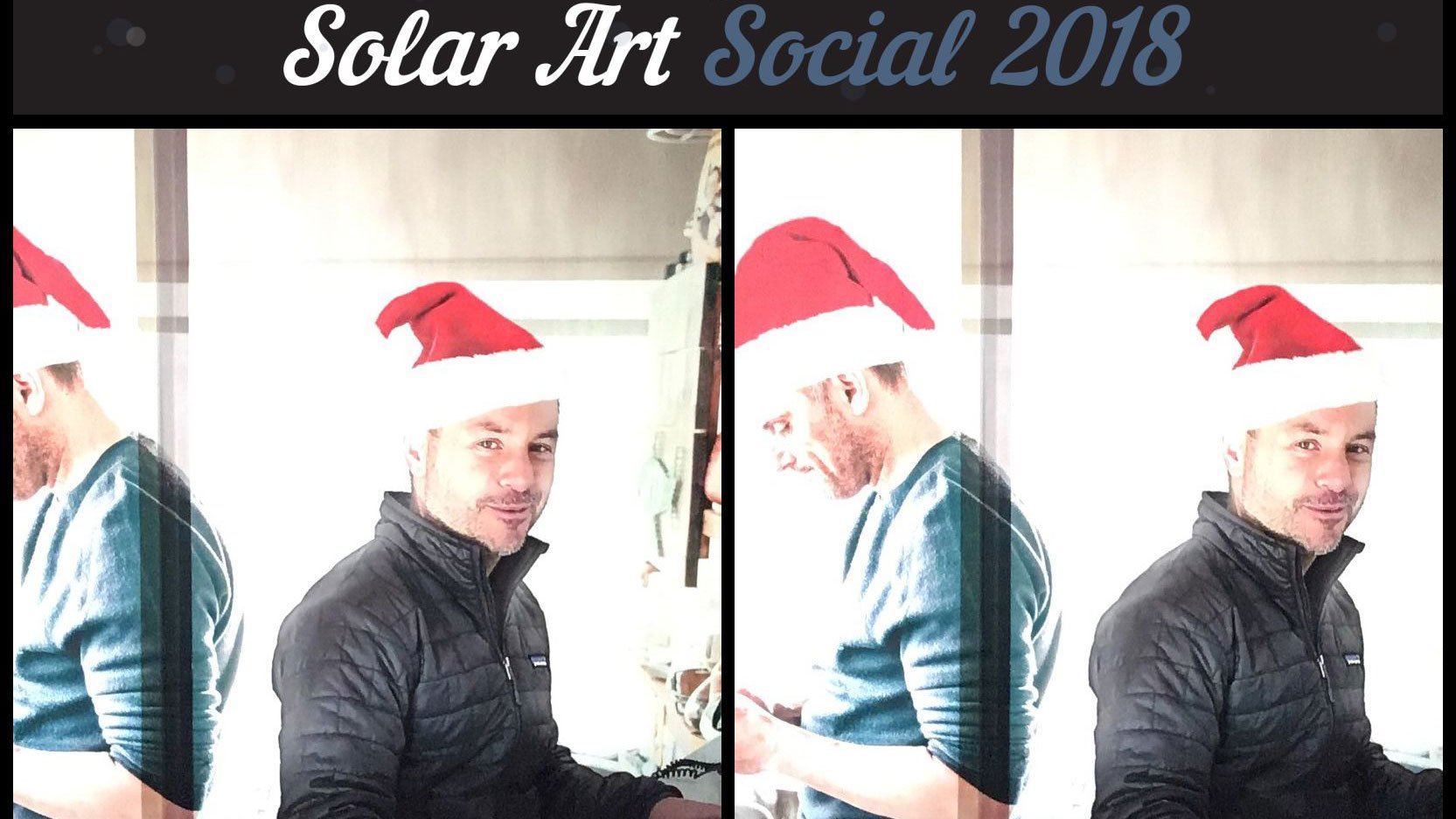 As you probably guessed, we do have custom graphics installed in our office as well. The great thing about custom graphics is that you can do so much with them. We have our company logo installed on the front door so people driving by can clearly see where we are located and who we are. Like I said earlier, we just moved in earlier this year so we are not fully done with everything. We are planning on installing a wall mural on one of our big walls in the office. We will post photos when it’s done, don’t worry  😊

Custom graphics are really nice because they can be a more permanent design like company logos and wall murals, or they can be a temporary design. For example, we utilized custom graphics for our company party at the beginning of this year. It was during the winter so our in house graphics team printed snowflakes and installed them on glass throughout the entire building. We also had a photo booth and we installed a photo of Gary Vaynerchuk and our CEO as the backdrop. It was a really cool and a really easy way to personalize the party and make it fun for the employees.

So there you go! We install window film of all kinds every single day to homes and offices all throughout the West Coast. I am constantly writing case studies and blogs about all the cool installations we do and I thought it was time to talk about ourselves and show you our office and how we utilize window film. If you are interested in learning more about any kind of window film or think it would benefit your home or office, contact us today and we can provide you with a fast, free quote!

Previous Story
← California Wildfires: How to Prepare
Next Story
How to be More Eco-Friendly →