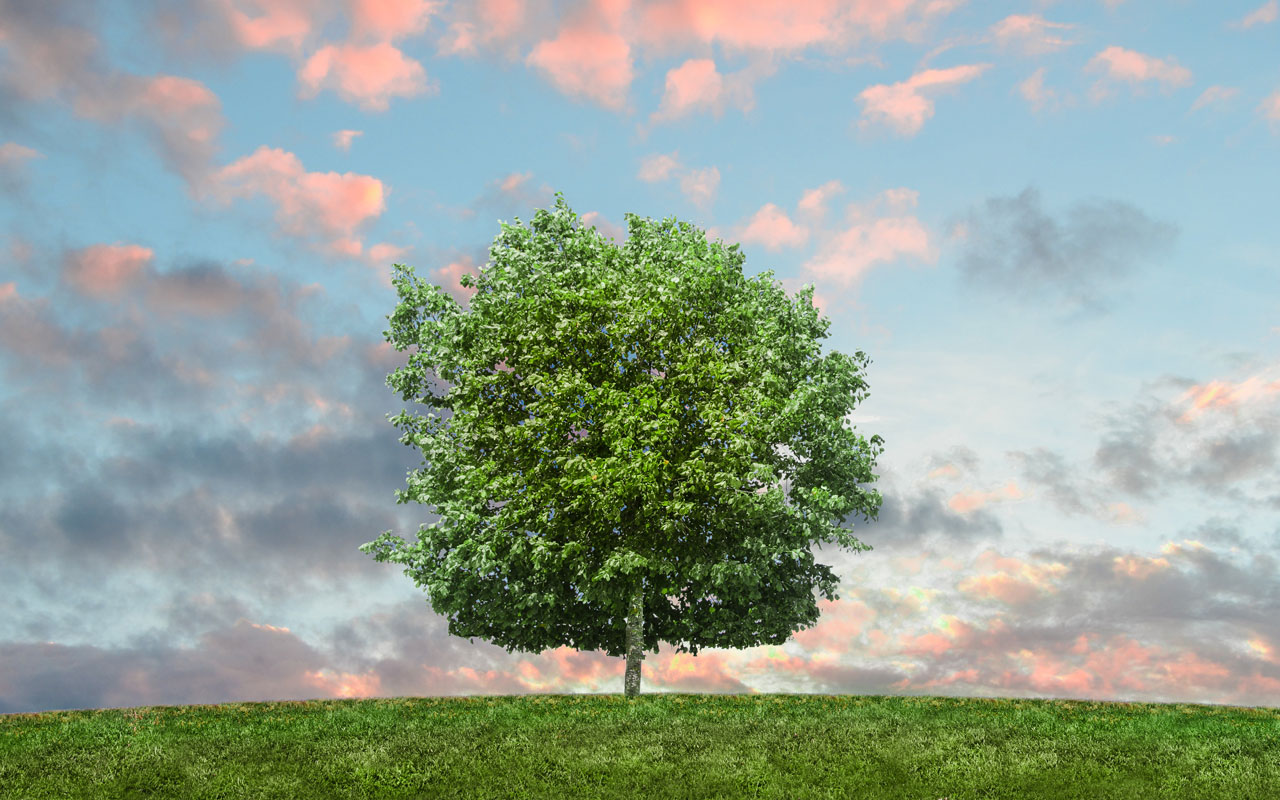 How to be More Eco-Friendly 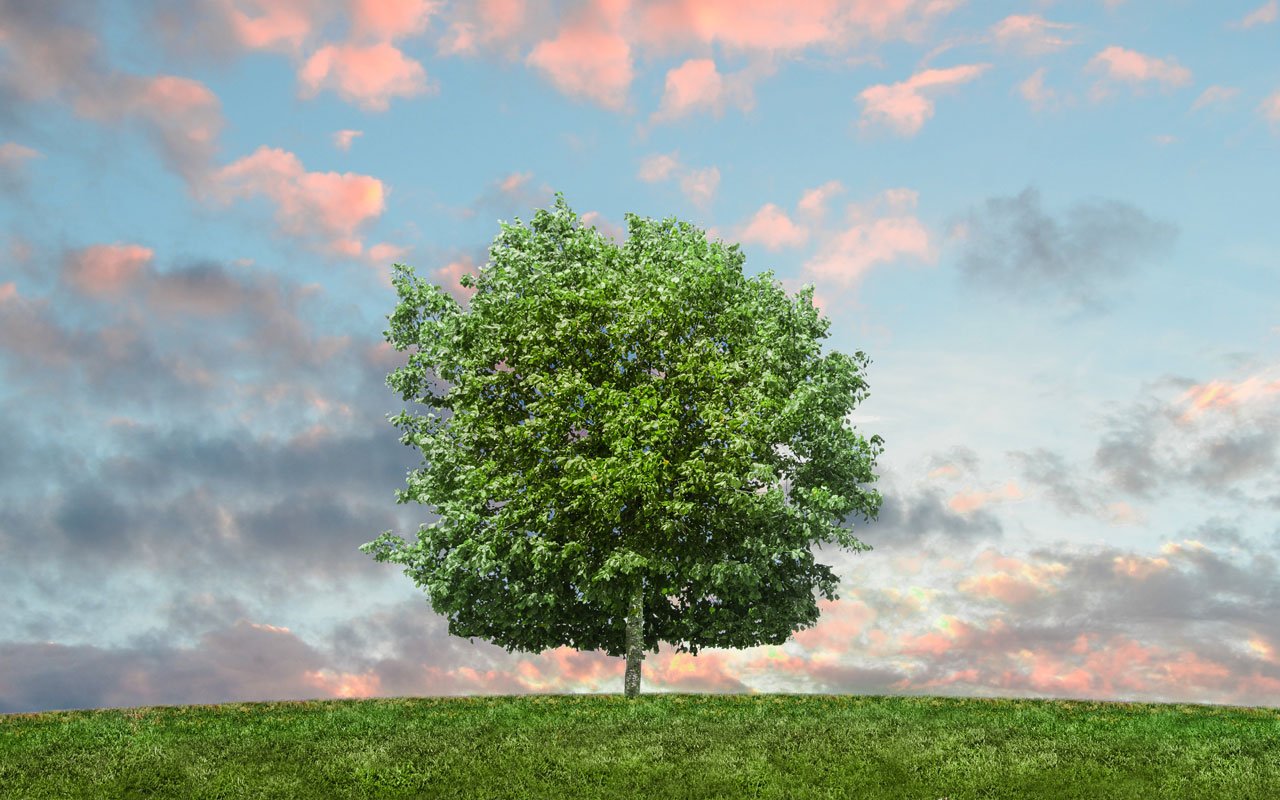 Being eco-friendly is the move and it honestly makes me so happy. This is something I am really passionate about so be prepared for a few tangents and soapboxes. Why not try our best to help the environment and the earth as much as we can? Especially because it's becoming easier and easier to be more eco friendly. I think a big part of that is because restaurants are implementing eco friendly strategies and it's being talked about more and more. I know it can be difficult at times but I really encourage you to be as eco friendly as you can, not only for us, but for future generations. I thought I would share a few ways you can be more eco friendly in your everyday life! 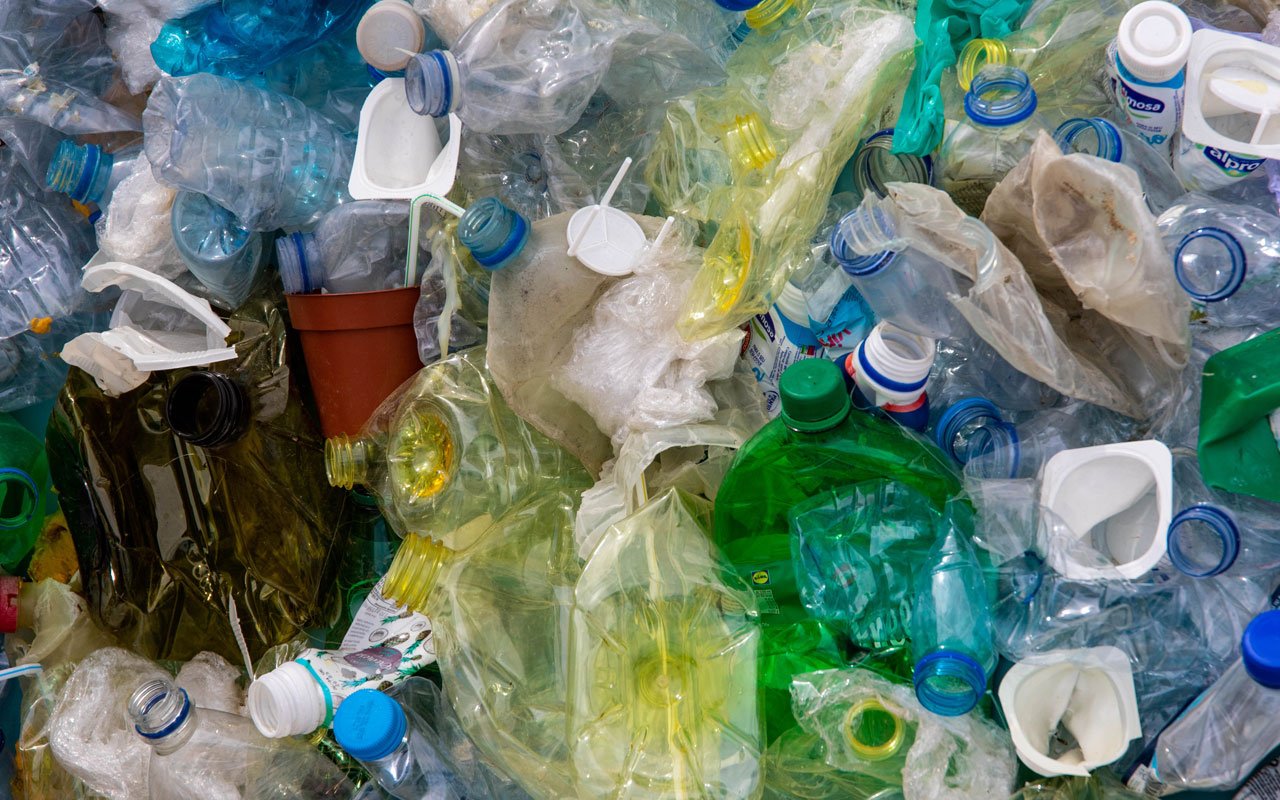 I’m sure you know the world’s plastic usage is out of control...but do you know just how out of control it is? I came across Earth Day’s fact sheet on how much disposable plastic we use and the numbers are shocking. According to Earth Day’s website, about one trillion single-use plastic bags are used annually across the globe. That’s nearly 2 million every minute. The article goes on to say that more than half a billion plastic straws are used everyday around the world and the amount of bubble wrap that is produced annually is enough to wrap around the Equator ten times. It’s a huge problem.

Some places have banned plastic straws and switched to paper straws, which is a step in the right direction but still not great. Paper straws are better than plastic straws, but they require more energy and resources to produce and more greenhouse gases are emitted during the production of paper products. Paper straws are still going to be single use items just like plastic straws which is one of the biggest problems of plastic straws. The best thing you can do is get rid of straws all together. I recognize that this might not be possible for some people, which is totally okay. However, if you can do it, I encourage you try. I know it might be a transition at first, but it really will make a big difference. Try and make it a habit when you go out. Most restaurants will automatically put a straw in your drink so be sure to request no straw when you are ordering. 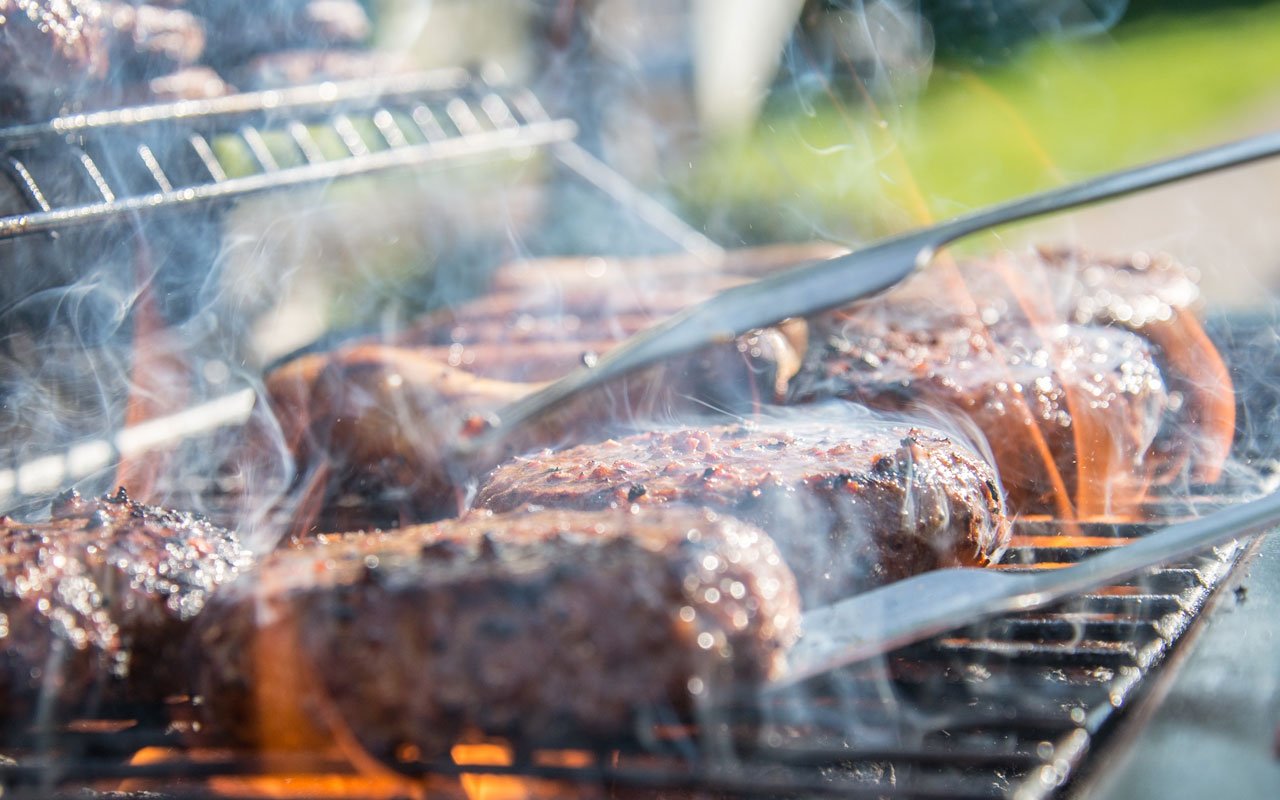 This is a tough one I know, but trust me, also makes a big difference. Just like plastic usage I came across a few statistics that might really surprise you when it comes to consuming animal products. According to Peta, raising animals for food consumes more than half of all the water used in the U.S. Producing one hamburger uses enough fossil fuel to drive a small car 20 miles and about 260 million acres of U.S. forest have been destroyed to create cropland to produce feed for animals raised for food. If you go vegan, you yourself will save around 219,000 gallons of water a year. That’s crazy. And that’s just environmental benefits not even taking into account animal cruelty...which is a soapbox I am not going to get on during this blog.

Again, I know this is difficult and is a major life change. I’m not saying to cut everything cold turkey and be vegan tomorrow because that’s not even realistic. I am not vegan but I do hope to be one day. I started this process out slow. I started by taking away one kind of meat like beef and adjusting to life without it. Then I took away another one and did the same thing until I stopped eating meat altogether. From there I cut out milk and transitioned to almond milk and coconut milk and stopped eating yogurt. My next goal is to cut out cheese. This is going to be the hardest for me because I LOVE cheese. I know it will take some time and be an adjustment but I am willing to make the effort. Cutting things out one at a time was an easy way for me to start the transition and to use less animal products.

Grow your own food

This one can be a little more difficult to implement but has great benefits for the earth. If you grow your own food you can control what goes in it. What this means is less pesticides and chemicals are used that pollutes the air. Not only is this better for the environment it's better for you! Know what you are putting in your body, don’t leave it up to other people. When you buy food from a grocery store it has already been on quite the journey. It has to be transported to the grocery store, which is on average 1,500 miles according to Triangle Pest Control. It also has to be packed in cardboard and plastic. Growing your own food at home gets rid of all of this. It reduces carbon emissions and waste and your food is going to be way fresher and not to mention more affordable. Definitely a win-win-win situation. 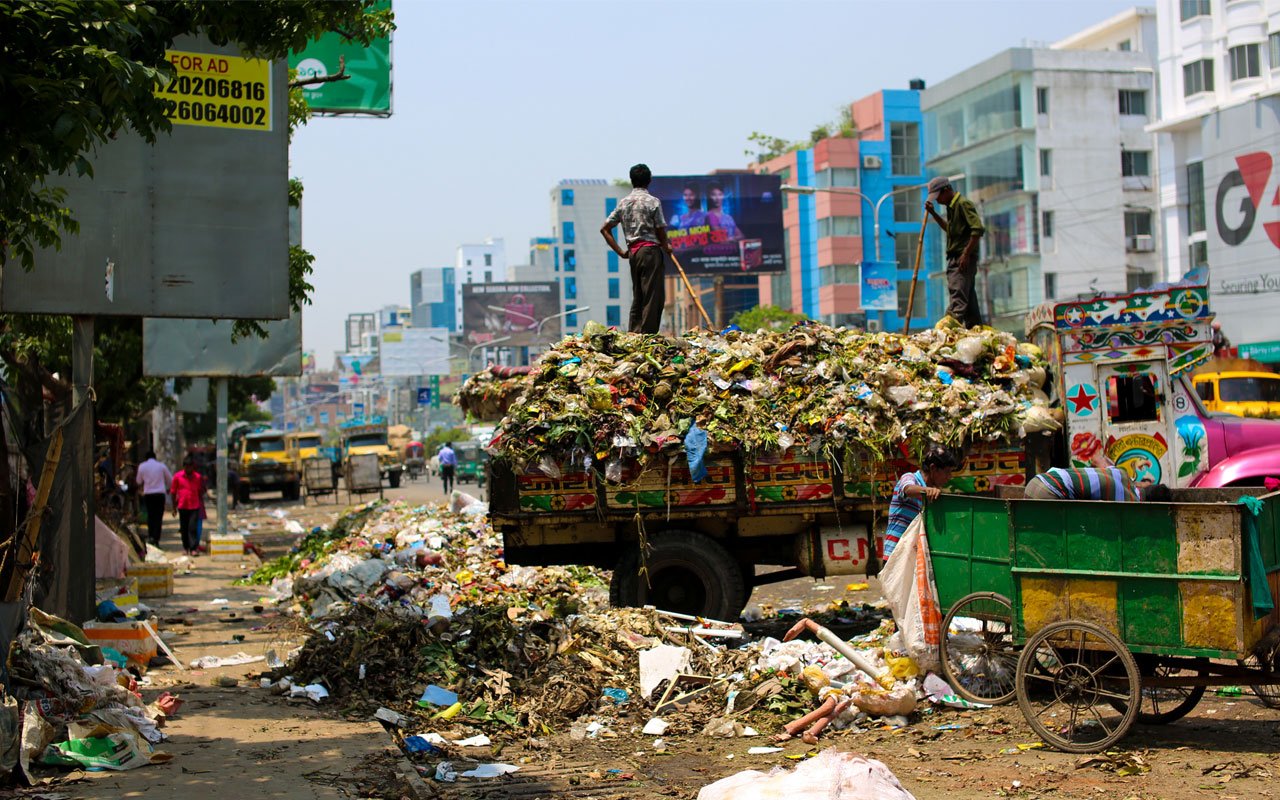 Ending food waste goes hand in hand with the last two things we talked about. According to The Atlantic, just in America alone, 50% of all produce is thrown away. This is for a few reasons. People typically won’t choose produce that have even the smallest of blemishes. For that reason perfectly good food gets thrown away. Farmers know this too and so much food doesn’t even make it to the grocery stores for this reason. Then we get into portions. The portions in America are huge. How many times have you gone to a restaurant and not finished what you ordered and threw the rest away? How many times have you gone to the grocery store and bought groceries for the week just to decide you don’t want it and end up ordering take out? We have already talked about the amount of water that goes into making food as well as land and packing...and for what? To just be thrown away. It's such a waste and is completely avoidable. Only order what you can eat and make a conscious effort to not just throw away food.

Carpool as much as you can 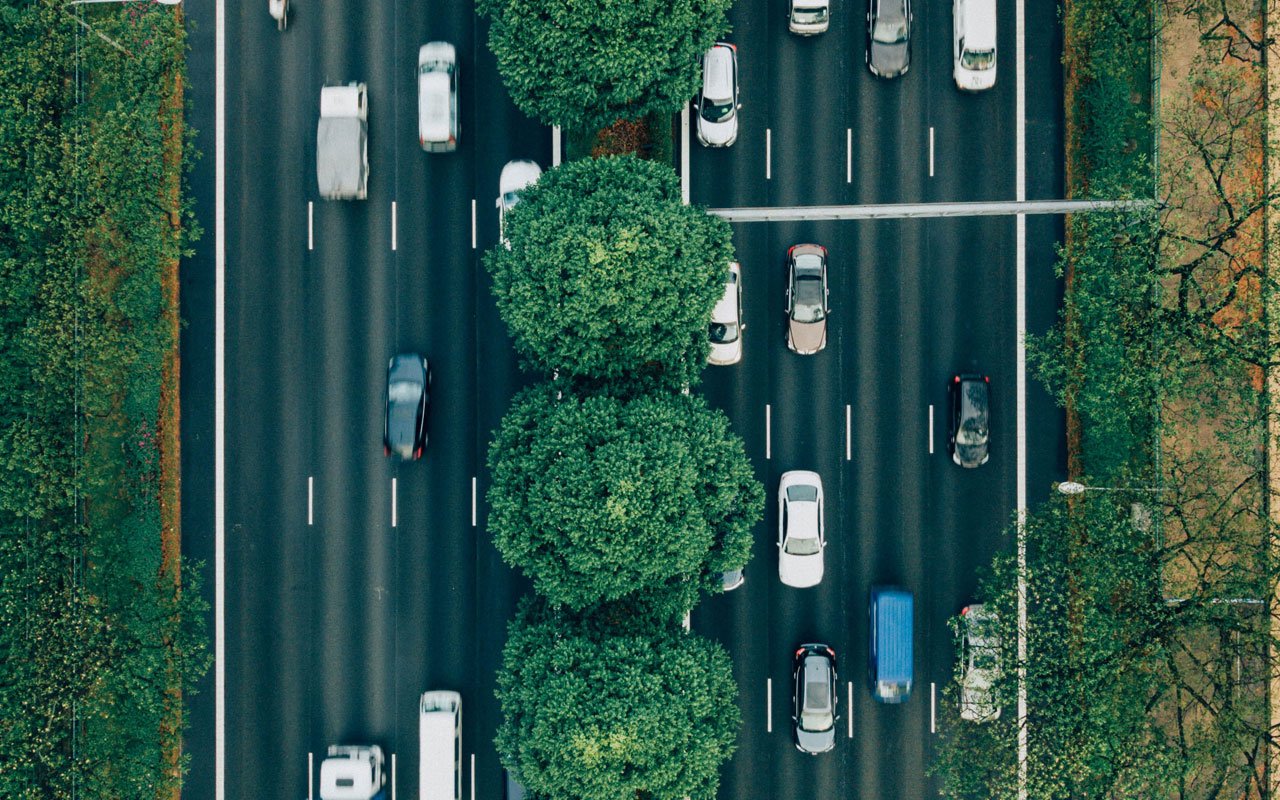 Carpooling is an easy way to reduce the amount of Greenhouse Gas emissions being put in the air. I know it’s not realistic to carpool everywhere, but when you can, you should! Not to mention, you get to go in the carpool lane which is going to save you time that you would spend stuck in traffic if you were alone. In addition to the gas emissions being put in the air, carpooling will also help with the amount of road work that needs to be done which will also save you money. 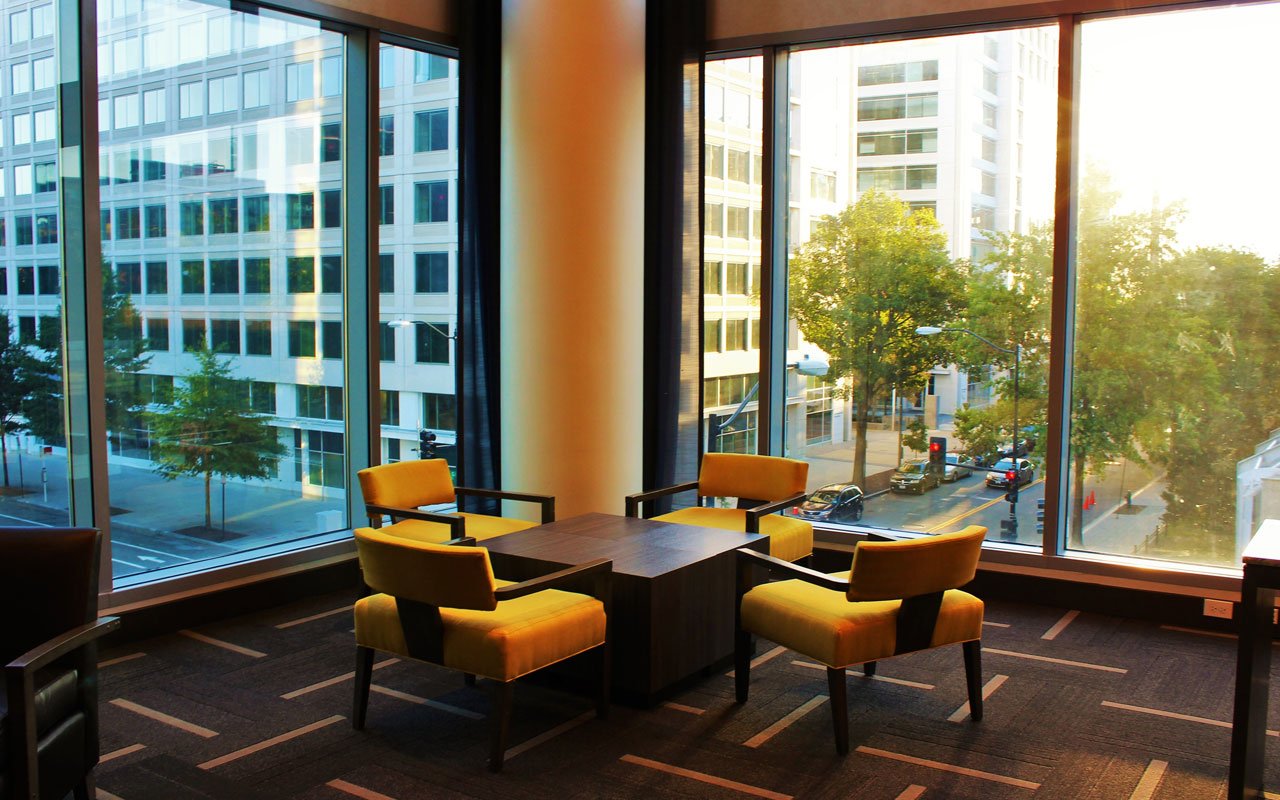 Finally, we have solar film. I know what you are thinking...we are a window film company and we have to promote our products. While it's true I want to promote our products it’s because they really work and they are good for the environment! Here at Solar Art we get the most requests for window film because of heat issues. Everyday so many business owners and homeowners call because their space is unbearably hot. They are tired of being hot and they are tired of their electricity bill being through the roof.

If you’ve read our past case studies and blogs you know that every kind of window film is different and reduces different amounts of heat and glare. With that being said, window film can reduce up to 93% of glare and 82% of heat. This is going to make a noticeable difference in temperature. What this means is that since the solar film is blocking the heat, you are going to need your air conditioner less. You're not only going to save money on your electricity bill, but you are also using and generating less electricity. You will make your home or office more energy efficient and can even quality for a rebate through your utility company!

There are also window films on the market that help insulate heat in the winter, keeping your space warm. Just like your electricity bill in the summer, your electricity bill in the winter will be reduced also. You will be saving money the entire year! Not to mention, all window film blocks 99% of harmful ultraviolet rays which are not only dangerous, but are also the leading cause of sun fading.

There you go! 7 different ways you can be more eco friendly. I know some of them are a lot more difficult than others. I’m not saying you need to do all of these things and be the most eco friendly person by tomorrow. What I am saying is, I encourage you to do your part to help save the Earth because we are not headed in a good direction. Maybe don’t use that straw next time you go out to dinner or try making food at home instead of going out. It’s the little things that are going to make a huge difference and it starts with you. If you are interested in learning more about solar film and think it would be a good fit for your home or office, contact Solar Art today for a free quote!