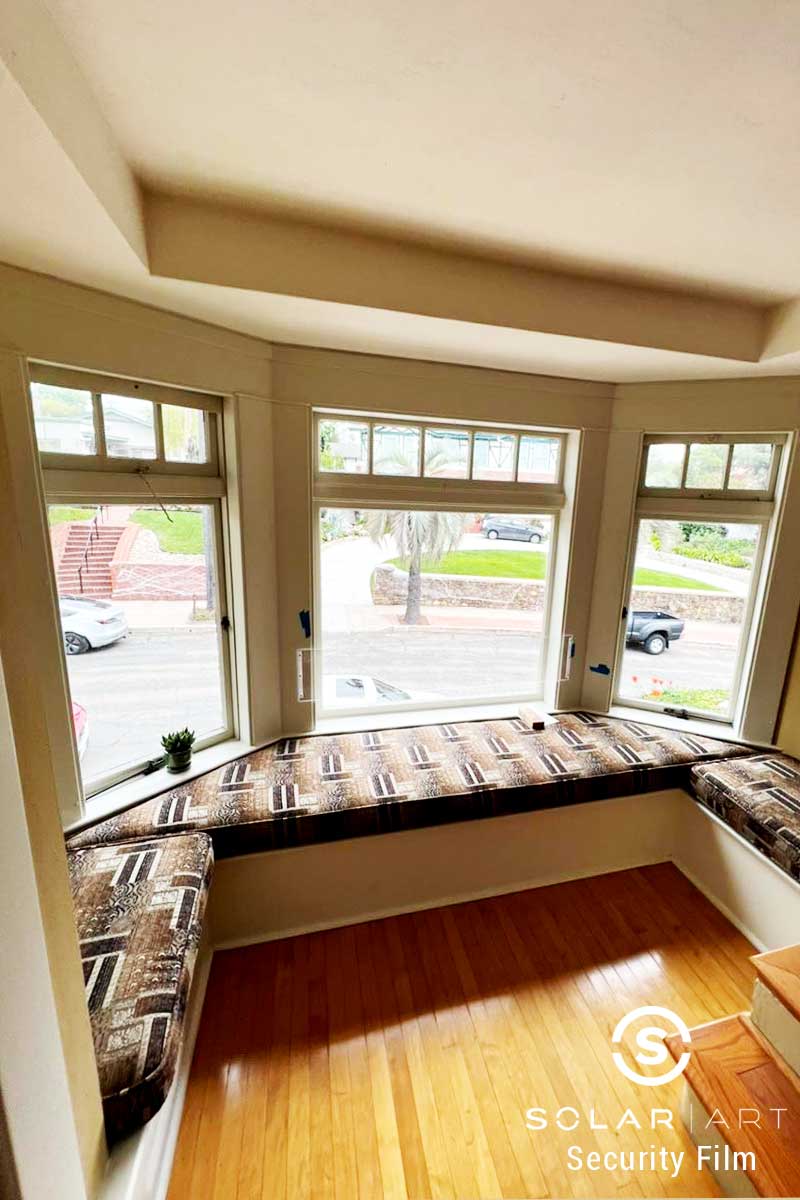 We talk a lot about how we install solar film in homes to help reduce heat, reduce glare, make the home energy efficient, and protect against sun fading. But, did you know that we also install window security film to homes to add to existing security systems to make the home safer and more secure? That’s exactly what we did for this homeowner. Solar Art installed window security film to a home in San Diego, California, to strengthen the glass and protect against intruders and natural disasters. Keep on reading to learn the details of this installation! 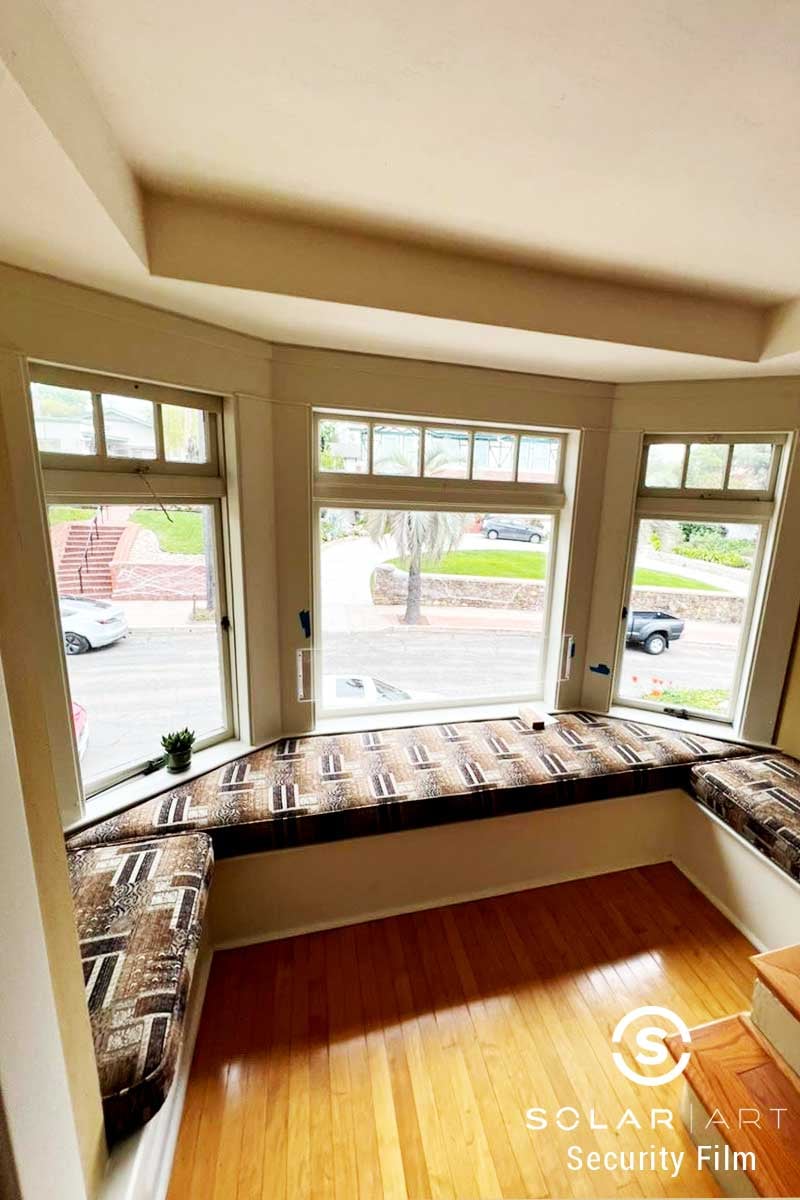 Solar Art’s goals for this home installation were to help the customer find a security window film that would accomplish everything they were looking for. To do that, our sales representative met with the homeowner at the home to take a look at the glass in question and to learn more of the specific details of the project. While speaking with the homeowner, our sales representative learned that they were looking for a security film that wouldn’t change the aesthetics of their home and would protect against break-ins or natural disasters that would cause the glass to shatter. The homeowner explained that they were interested in getting security window film installed in the office, second-floor windows, laundry rooms, different doors throughout the home, dining room, and living room to add as much extra security as possible.

After meeting with the homeowner and hearing more about what they were looking for, our sales representative suggested that they install Edge Guardian 4 mil security. He suggested this security film because it isn’t going to change the aesthetics of the home, will strengthen glass, prolong forced entry time, and protect against natural disasters, all for an affordable price.

After this homeowner met with our sales representative and learned about the different window security films that are available on the market, they decided to take his suggestion and move forward with the security film he recommended. Window security film makes glass 2-3 times stronger than the glass on its own and contains shattered glass. If your glass is impacted, the window security film holds it together, greatly increasing safety. By strengthening your glass this much, security window film prolongs forced entry time, because it takes longer for anyone to break through, allowing more time for help to arrive.

The homeowner felt security film was exactly what they needed to add to their existing security system and decided to move forward with it throughout their entire home. This installation ended up being 25 panes and 200 square feet of installation. It took 2 of our installers 8 hours to complete. Overall, Solar Art was pleased with how this home window tinting installation turned out. We helped the homeowner find a security film solution that didn’t change the aesthetics of the home and protected against intruders and natural disasters. In addition to security window film, Solar Art also services solar window film, decorative film, anti-graffiti film, and custom graphics. If you are interested in learning more about window security film for your home or think it would be a good fit, click the link below to start working with the Solar Art team!

Previous Story
← 3M Prestige Window Film at a Home in Woodside, California
Next Story
Window Graphics at a Building in San Diego, California →

Solar Art installed 3M Prestige window film to a home in Woodside, California to reduce heat & reduce glare without changing the look of the home.

Solar Art installed UV window film to a wine cellar at a home in Los Angeles, California to protect the wine bottle labels from sun fading.