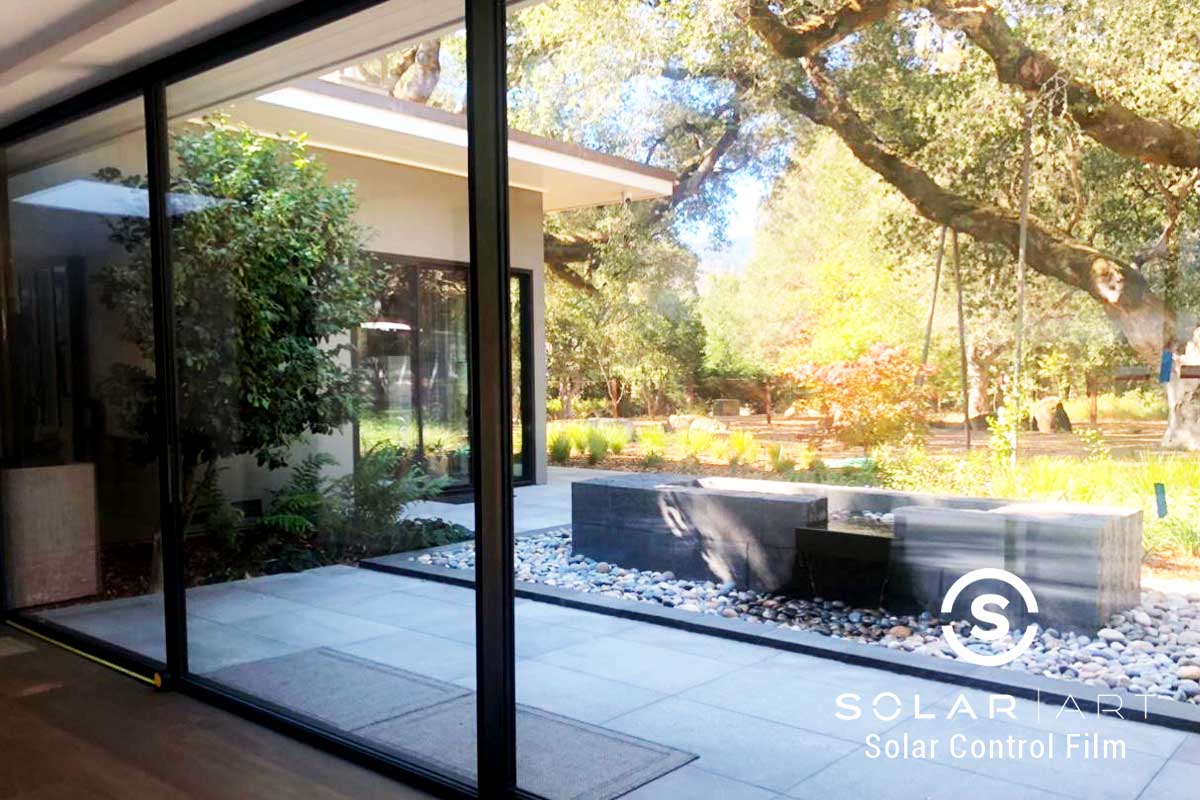 Being headquartered in Orange County, California, and having offices up and down the West Coast, the Solar Art team is no stranger to warm and sunny weather. With that being said, we get calls every day from homeowners, business owners, property managers, and more, asking for help in reducing heat, reducing glare, and making their space more energy efficient. Keep on reading to learn more about a project where Solar Art installed 3M Prestige window film to a home in Woodside, California for some of these reasons! 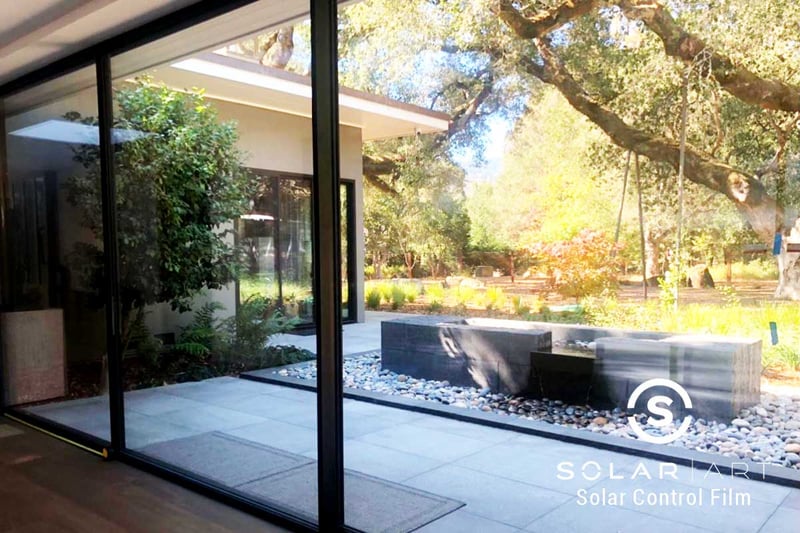 Solar Art’s goals for this project were to meet with the homeowner at the job site and talk with them about the problems they were having, how Solar Art can help them, and to take a look at the glass in question so we could show samples and provide a window film quote.

After meeting with our sales representative and seeing/learning about all of the different window films available on the market, the homeowner was ready to make a decision. She decided to take our sales representative’s suggestion and move forward with a 3M Prestige window film, specifically, Prestige 70. This 3M Prestige window film is going to block 50% of heat, 23% of glare, and 99.9% of ultraviolet rays. This is going to substantially cool down the home, provide the homeowner with energy savings and increased comfort. 3M Prestige 70 has low reflectivity, which means that the space isn’t going to be darkened, views outside are going to remain intact, and the overall aesthetics of the home aren’t going to change.