Solar Art installed decorative window film to a gorgeous home in Laguna Beach, California! For this project we worked directly with the designer who was designing the entire home before the customer moves in. When it comes to home design and renovations, window film should be one of the last things to be done because you don’t want dirt or dust to get underneath the film. The designer thought it would be really cool to have leaded windows as it would create a really unique design factor and it would also increase privacy. The bathroom and closet windows really needed increased privacy so outsiders couldn’t see in. We have worked with this designer on many other projects so he called us up to see if there were any decorative window film options out there that would give a leaded look. Like we’ve said many times before, when it comes to decorative window film you have so many options. Solyx is a manufacturer of window film and they pretty much have anything you are looking for when it comes to decorative window film. Our sales representative met with the customer on site and brought all of the Solyx sample books so the designer could pick which one he thought would be the best fit for the closet and bathroom windows. 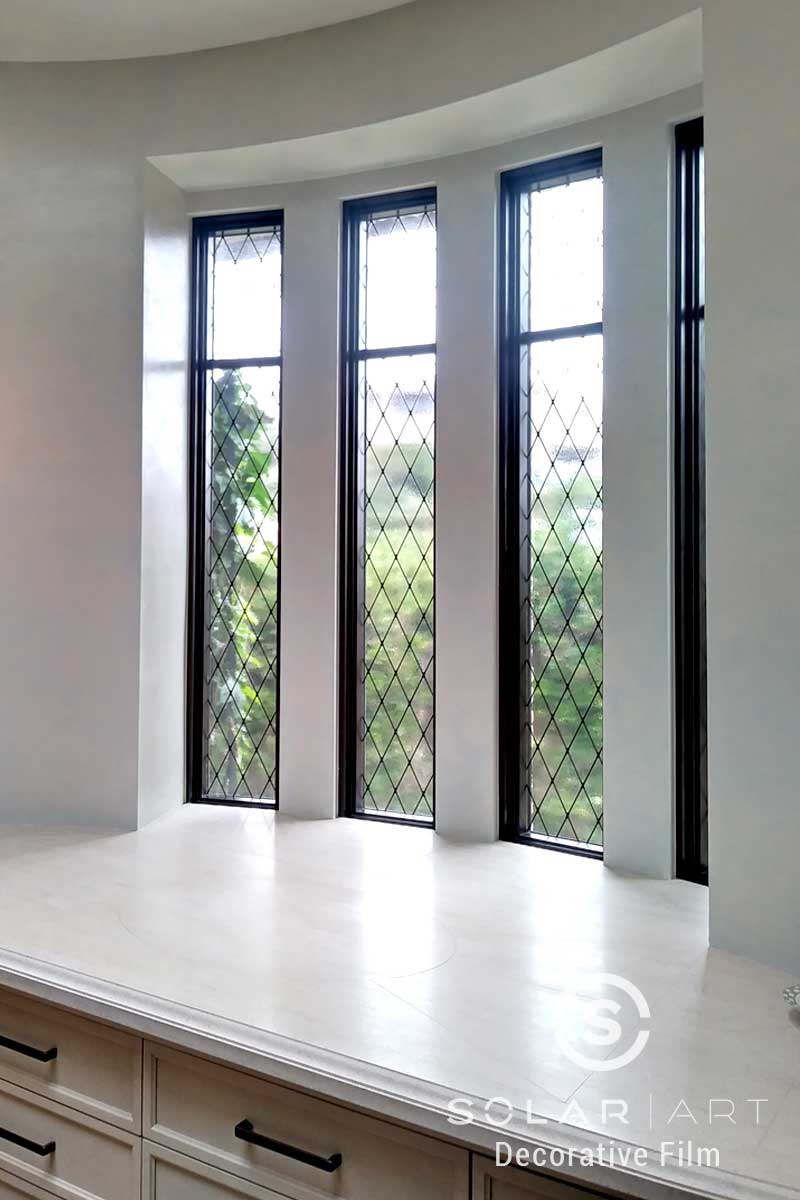 Decorative window film is a cost effective and simple way to add a unique design factor and increase privacy in both offices and homes. Contact Solar Art today for a free quote!