Tips for Opening a New Restaurant

Calling all new restaurant owners! Hi 😊 Did you just recently open a new restaurant? Or are you about to open a new restaurant? If so, this blog is geared completely towards you! Opening a restaurant can obviously be extremely stressful for several reasons. You’re the go to person, the decision maker...for everything. What’s going to be on the menu? What’s the design of the restaurant going to be? Who’s doing the hiring? Those are just a few of the many, many decisions that go into opening up a restaurant, and that’s all you, and it has to be so stressful. While there are the more obvious things to think about like the layout of the restaurant and the menu items, there are a lot of little things that you might not think about or that just go completely unnoticed. That’s where this blog and Solar Art come into place. If I had to guess, you have probably never even heard about anti graffiti film. Or, if you have heard of it, it probably isn’t on your list of things to get done before your restaurant opens...but it should be, and I’m going to tell you why!

What is anti graffiti film? 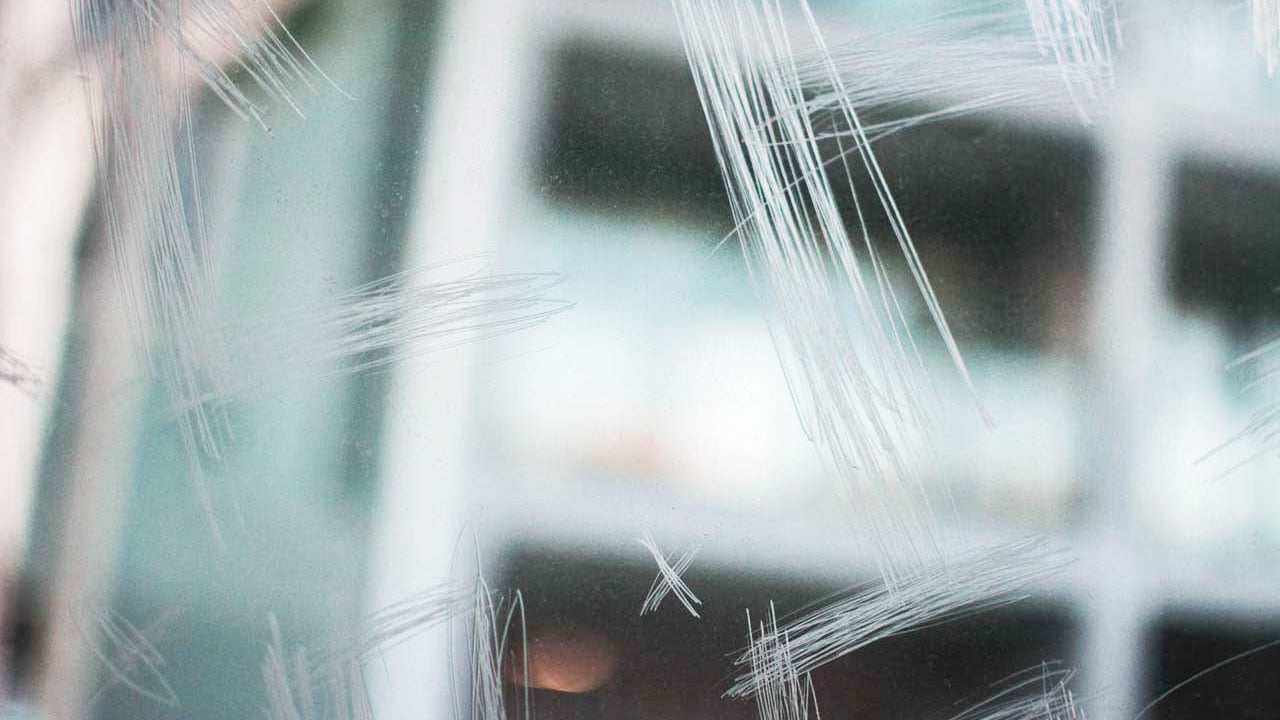 Let’s start with the basics for those of you who aren’t super familiar with anti graffiti film, or even window film in general. When it comes to window film, there are a lot of different directions you can go. There is solar film, which helps reduce heat and glare and protects against sun fading. There is decorative window film and custom graphics, which help create a custom design or increase privacy. There is window security film, which strengthens glass and prolongs forced entry time. Then there is anti graffiti film.

Anti graffiti film is pretty much exactly what it sounds like. It protects your surfaces from vandalism like graffiti, etching and scratching. It's installed directly onto the surface, so if damage does occur, the anti graffiti film gets the wrath of the damage, not your surface. The vandalized anti graffiti film can easily be removed with no damage to the surface and replaced with a fresh new layer. Standard anti graffiti film is optically clear and is typically installed on glass surfaces. Seeing as it’s optically clear, you as the business owner, customers, and potential vandals aren’t going to know it’s there. It isn’t going to change the aesthetics or the look of your restaurant that you worked so hard for.

Alright now that we have gone over what anti graffiti film is, you’re next question is probably something like, “Okay that makes sense, but is this realistic? Where do people typically get this installed?” The answer is yes it's realistic and people just like you get it installed in so many different places! Anti graffiti film really does work and it is a fraction of the cost of replacing the glass itself. In fact, we have installed it at a variety of different locations for many different personas.

We frequently install it to glass display cases in the mall that go through a lot of wear and tear and are easily susceptible to scratches. We also frequently install it to glass storefronts, schools, banks and more. This section is just to give you perspective on the different locations and ways people utilize anti graffiti film. Now we can get to the fun stuff. How can anti graffiti film can help new restaurant owners 👏

Why is anti graffiti film beneficial for new restaurant owners? 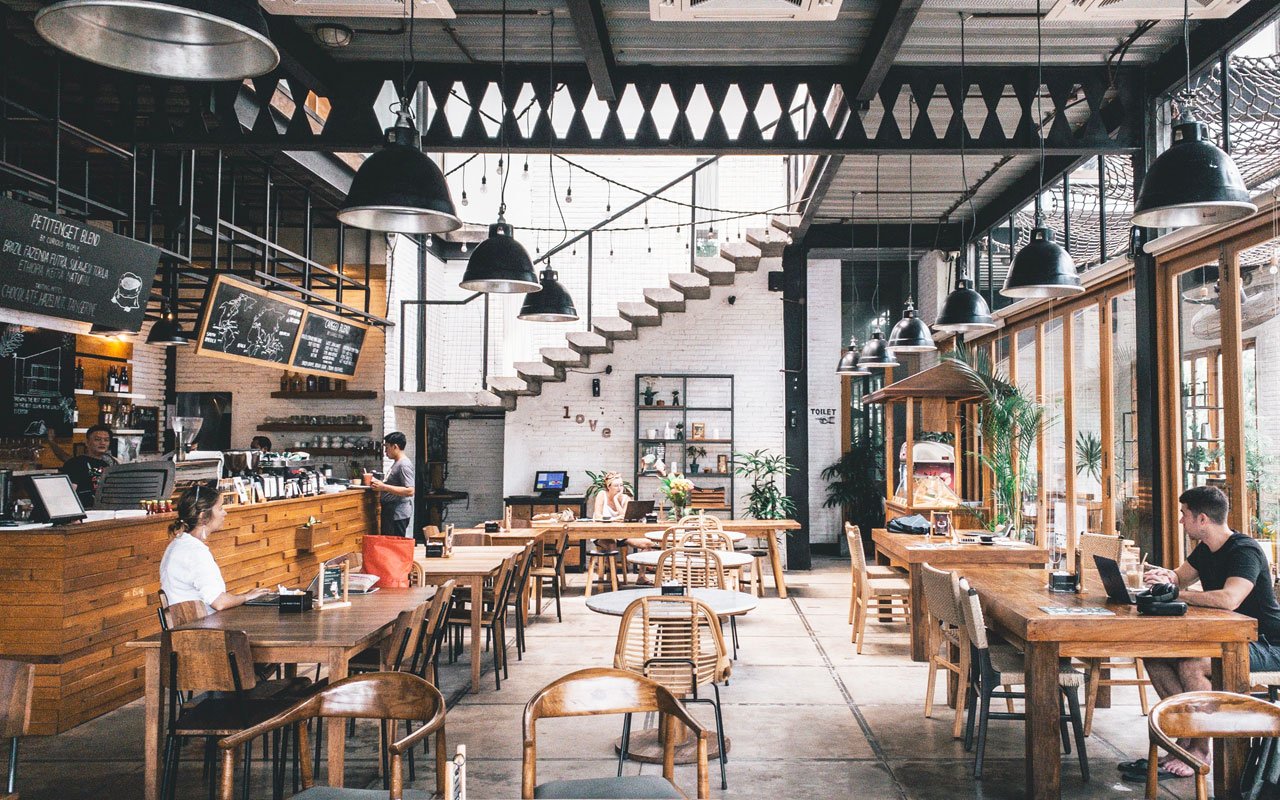 Here’s where we get to you guys...new restaurant owners 😊 First off, what a cool job. Starting your own restaurant is very impressive, so kudos to you. But, like we talked about at the beginning of the blog, restaurant owners in general have a ton going on. It’s a fast paced environment and there is a lot of room for error or for things to get missed. When it comes to restaurants, what do you think are some of the most important things to be successful? To me, I think customer experience and customer satisfaction are two of the most important things in having a successful restaurant. Restaurants open and close pretty frequently for a variety of different reasons, but if your customers have a solid experience from start to finish, you’ll probably be in pretty good shape. They will come back and refer friends and so on and so forth.

So now the question becomes, how do you ensure a great customer experience? Again, there are the more obvious answers like make sure you have good food and make sure the restaurant is clean blah blah blah. But then there are also the less obvious answers, like anti graffiti film. Anti graffiti film is a super easy and affordable way to make sure your restaurant looks as clean as possible 24/7. No customer likes a restaurant that has graffiti or scratches all over it. It’s an eye sore and can be a huge turn off. It can deter potential customers before they even enter your store. Needless to say, it can be so beneficial for restaurants and it gives you peace of mind as the business owner. It’s pretty much a win-win situation you guys. Now we are going to go even further down the rabbit hole and talk about specific places anti graffiti film can be installed in restaurants, so read on 😊

Probably the most obvious location for anti graffiti film in a restaurant is the storefront. Especially if your new restaurant is located in a city, the hustle and bustle is crazy. There is a lot going on and there are a lot of people coming and going throughout all times of the day. It’s the easiest place for vandals to get to your glass and your restaurant. Your storefront is also the first place potential customers are going to see your restaurant. It’s their first impression of your business. Why not have peace of mind knowing it’s always going to be a good one? Anti graffiti film can do just that for you. It’s an affordable solution on your end and no one is even going to know it’s there. 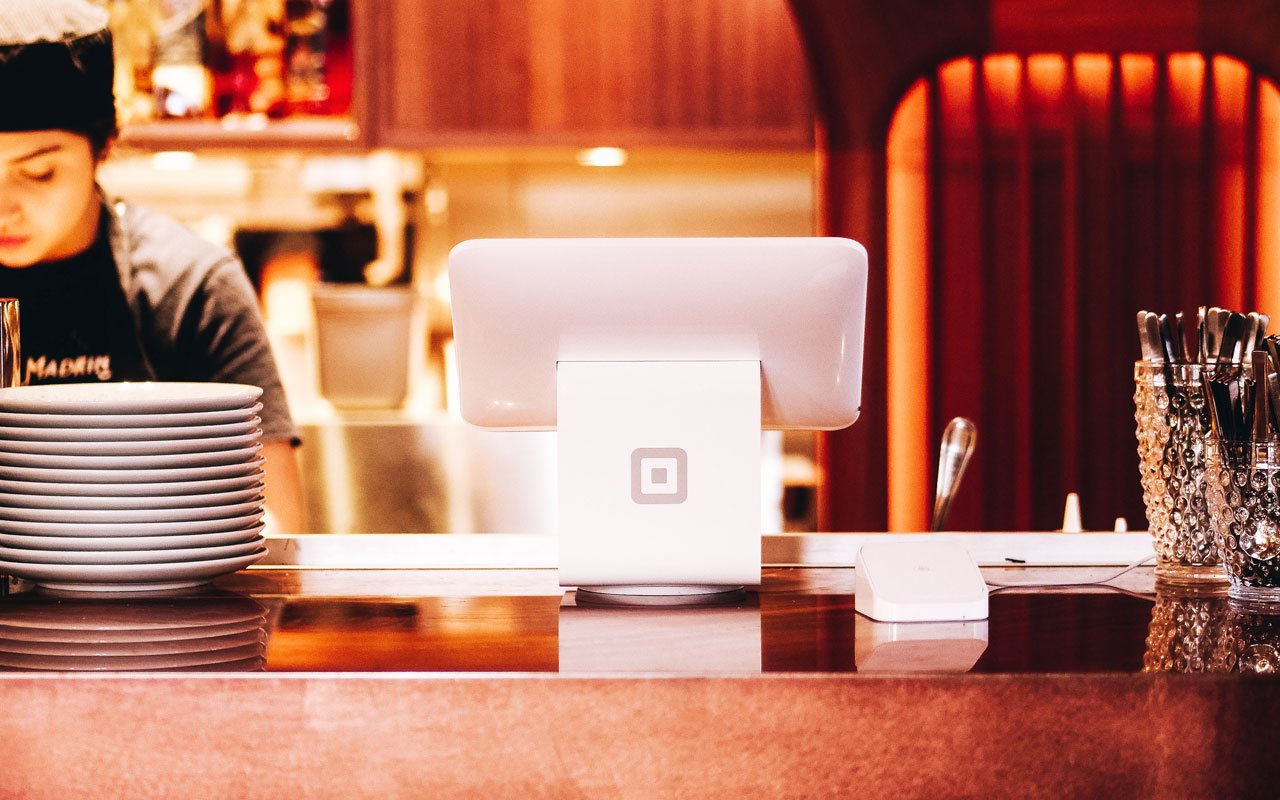 Next up we have tables. Another less obvious location. Tables are similar to counter-tops. They are constantly being used throughout the entire day. Utensils and food are placed on them, receipts are signed on them and kids even draw on them. You know it happens. Having scratched up or drawn on tables could very easily be a turn off for your customers. It might make them feel like your restaurant isn’t clean or you don’t care about maintaining the upkeep. Just like counter-tops, anti graffiti film could be the perfect solution! 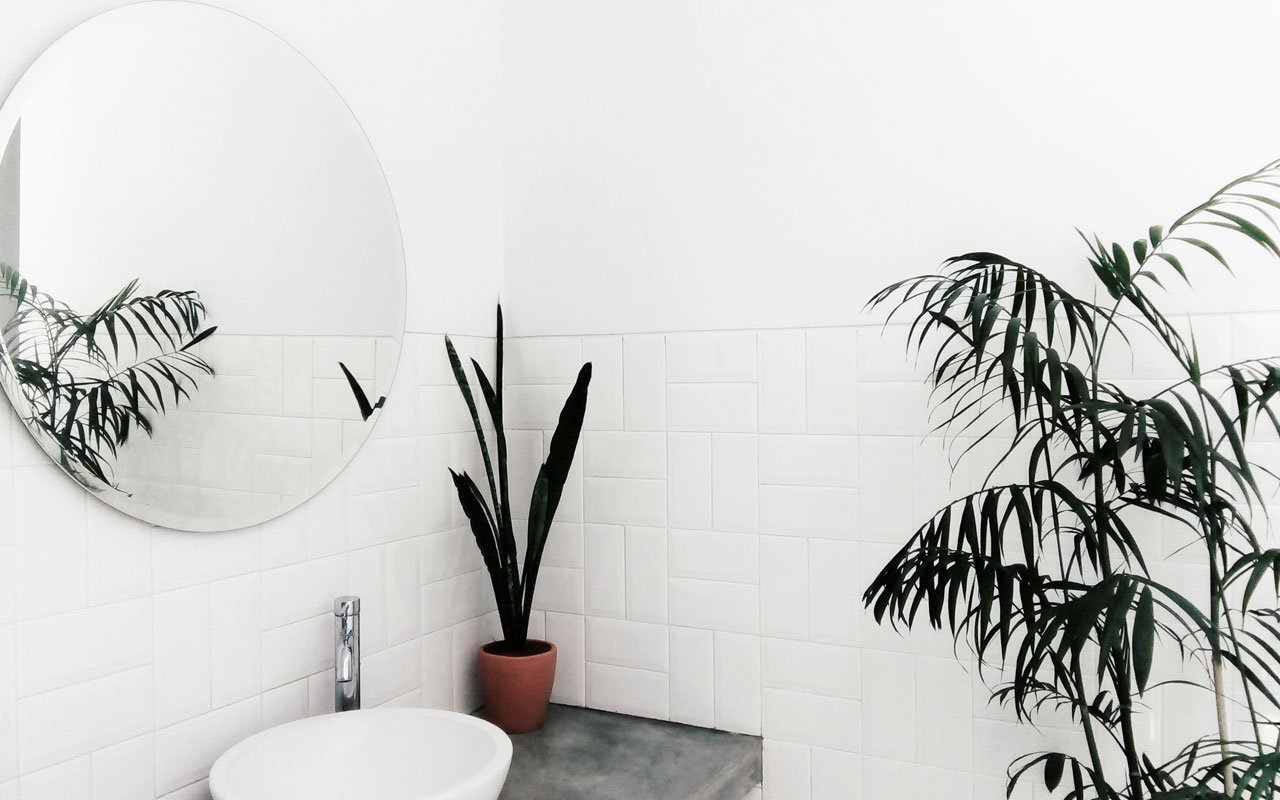 This is a big one you guys! There is nothing worse than using the restroom in a restaurant and it’s gross 🤢I know at least for me, it’s a big turn off. I feel like if the restroom isn’t clean, then neither is the restaurant. Not only does it physically being clean play a part in this, so does how it looks. If it’s all scratched up it’s just not a good look. What’s great about bathrooms is anti graffiti film can be applied all throughout it. Solar Art frequently installs anti graffiti film to bathroom mirrors, bathroom stalls, bathroom hand dryers, bathroom handles and more. It’s a super easy way to keep your entire bathroom looking clean and pristine 😎

Finally, we have anti graffiti for appliances. This one might be a little less relevant, but still important to talk about. You can install Metal Shield or standard anti graffiti film to vending machines, refrigerators, dishwashers and more. Again, it’s another way to keep not only your customers, but your employees happy and comfortable, with no work on your end! 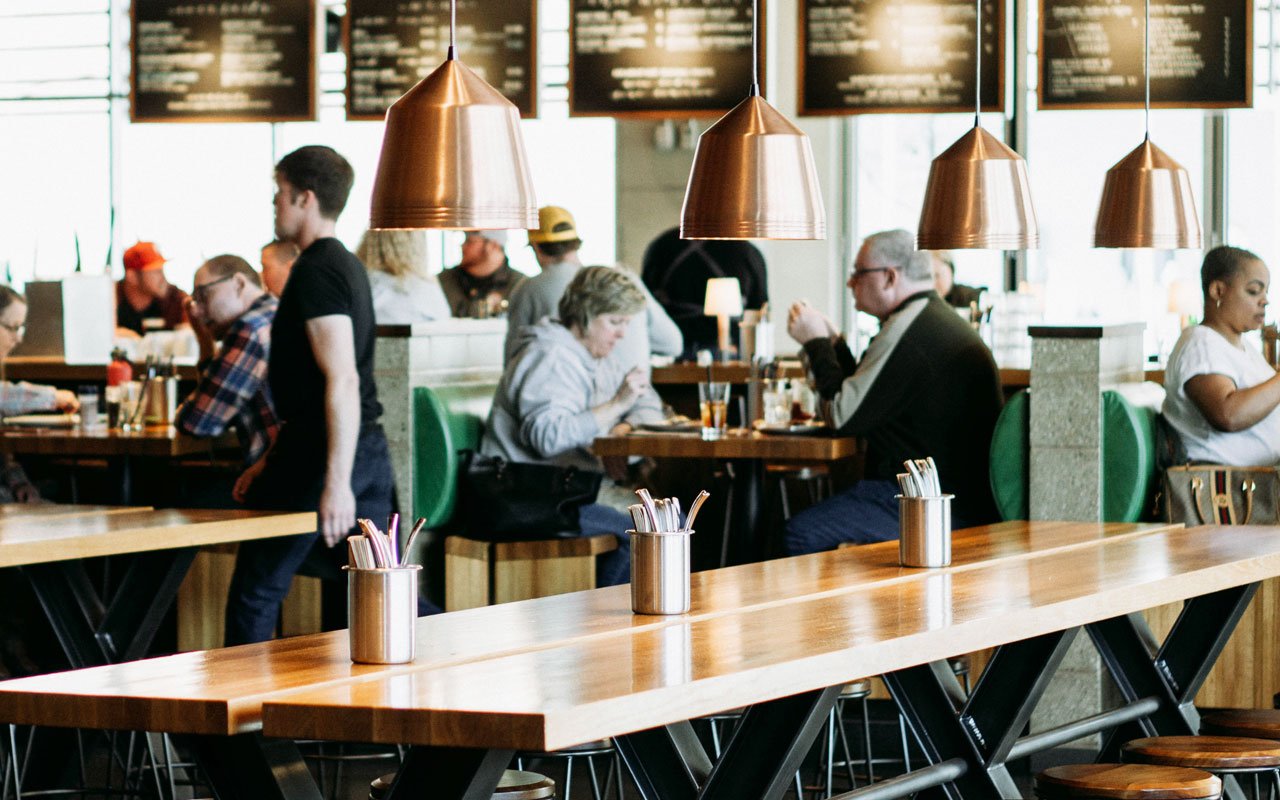 So there you have it! We wanted to make a blog specifically for new business owners because we know how stressful it is. Anti graffiti film is a preventative step that is very affordable before you have to spend even more money down the line by replacing the glass or metal surface itself. Why not take one less thing of your plate...no pun intended...and have peace of mind knowing your restaurant always looks good for your current and potential customers? If you are interested in getting anti graffiti film installed to your new restaurant or you have any questions, give us a call! We would love to talk with you more and potentially have the chance of working with you 😊

Previous Story
← How to Make Your Dorm Room More Comfortable

How Window Film Can Help With Migraines

Do you know how window film can help with migraines? Read our full blog to learn how it does & contact Solar Art today for a free window film quote!